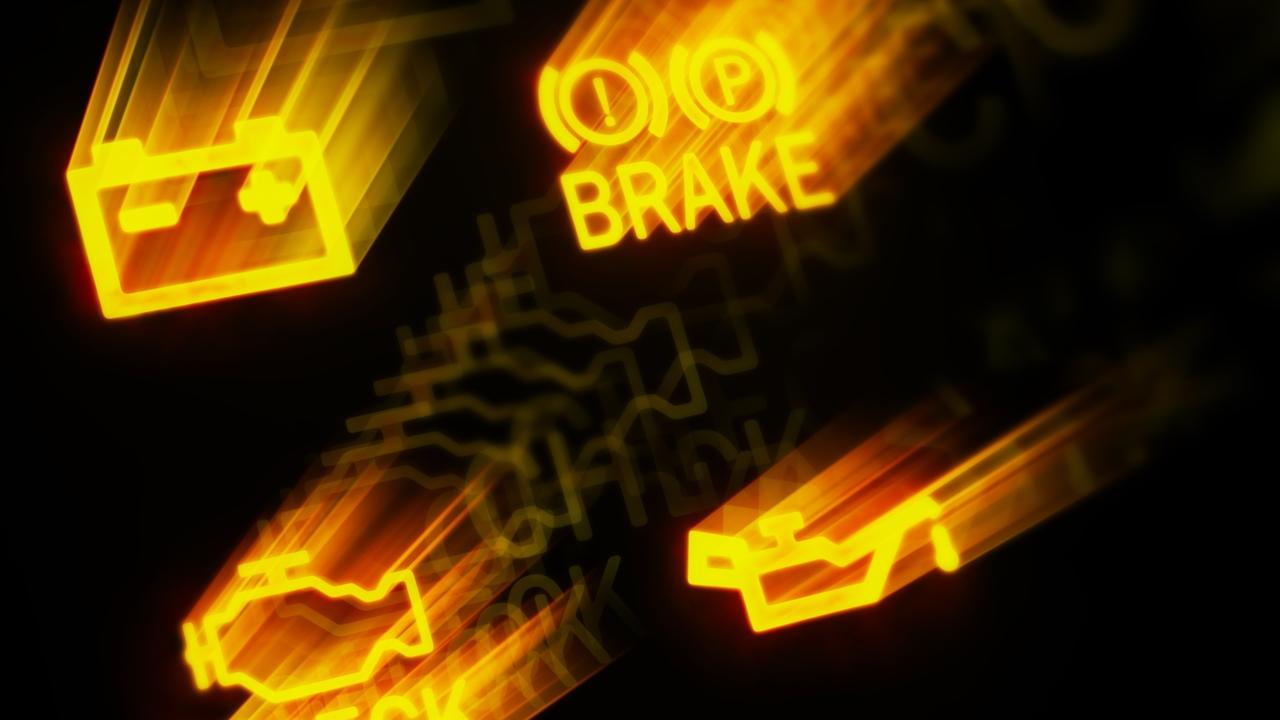 Immediately, I booked a service appointment for my vehicle. Crisis averted!

Too Busy To Get Better

The most successful entrepreneurs consistently invest in themselves. Yet I continue to see and hear countless ITB ("I’m too busy") excuses from agency owners and managers. They're just not willing to invest the time to get better.

I've often remarked that many people confuse Activity with Results. At the end of the day they'll lament, "I don’t know what I accomplished today, but I do know I was busy!" The problem is, there's no real commitment to self-improvement. Agency owners need to realize that they are one of their agency's greatest assets. Therefore, in order to get the most from your assets, you really need to maximize yourself first!

Over the years, I've been fortunate to meet a number of very successful people from all walks of life. I've noticed the one thing they have in common is that they're constantly investing in themselves. They never stop trying to improve. If you’re hearing yourself and others constantly using the ITB excuse, that’s a warning light you shouldn't ignore.

Remember the guy in the Dunkin' Donuts TV ad who wakes up each day looking exhausted and saying "it's time to go make the donuts" as he shuffles off to work? Is that the attitude your agency projects? Or maybe you have some Eeyores (as in Eeyore the donkey from Winnie the Pooh). These are the energy-sapping employees for whom everything is a monumental effort. At meetings, they seem to suck the oxygen right out of  the room, along with all the energy in it.

If you feel very low or negative energy when you walk into your office, you’ve probably got a problem. You and your team should be enthusiastic and excited about what you do for your clients, your results and your future. If not, that’s another huge warning light.

We talk about this all the time, but empty pipelines are a major warning light that far too many producers ignore. Rather than sitting in the office aggressively waiting for the phone to ring, producers must dedicate specific blocks of time for prospecting and pipeline-building activities. If their pipelines aren't full, they need to make appointments with themselves to work on filling them. This has to be very purposeful and systematic, not sporadic or random.

Every producer should know exactly how many first appointments are needed with new prospects each and every month. However, that's rarely the case, which is another huge warning light!

Based on my experience conducting more than 100 Producer Training Camps, I'd say that fewer than 10% of producers have overflowing pipelines.

When producers are following my “Producer’s Perfect Schedule," they will have 10 appointments per week. These include meetings with clients, prospects and centers of influence or attending networking events. In other words, they must schedule a minimum of 10 appointments to go out and see people who will help them generate better results.

I recommend that you go into your system's CRM and take a look at your producers' calendars for the next two weeks. You should easily be able to see if they have 20 appointments booked over the next two weeks. That's 20 opportunities to make something happen! And as we've discussed many times before, 90% of what you do out of the office is better than 90% of what you do in it. (Note: Some of your younger producers' appointments may be with themselves, smiling and dialing to fill their pipelines.)

If the number of producer appointments is significantly fewer than 20 over the next two weeks (and I’ll bet for most it’s less than 10), that’s a big warning light. Remember, you only score points when you are in the game!

For quite some time, I’ve been stressing the need to Know, not Guess, your numbers (your Key Performance Indicators or KPI’s). As many of you know, I also preach No Practice Quoting and No Unpaid Consulting.

Recently, while I was reviewing a production report from an insurance carrier with one of my best private clients, a new KPI jumped out at me: your percentage of practice quotes. (I assume you know your closing ratio in Personal Lines, Select Commercial Lines, Large Commercial Lines and Benefits/Life Insurance.) The report I was reviewing showed that the agency had a 16% closing ratio in Personal Lines. It hit me that if the closing ratio was 16%, a whopping 84% of the agency's quotes were practice quotes! That is a sub-standard ratio at best!

It's regrettable that most agencies give reactive quotes for small Personal Lines and Commercial accounts, and then fail to follow up on them. If you are practice quoting way more than you are writing new business, that's a huge warning light.

At most live events, I ask the attendees if they have ever received a “surprise” on one of their largest accounts. Usually, about 75% of the people will raise their hands, albeit reluctantly. This is when an account calls and asks for their loss runs or an updated coverage summary of their policies. Or, in some cases, they'll come right out and tell you they are going to market this year, just because their buddies said their rates went down, the business is struggling, they know the market is really competitive, etc.

If you’re getting a lot of surprises on your accounts that you didn't see coming and can't figure out why that's happening, that's a warning light. I think when you debrief, you'll see that there are very specific strategies and behaviors that either aren't being followed or are being followed sporadically.

Many owners and producers remember the days before insurance industry forms were standardized. So when I'm giving presentations, I always get a big laugh when I tell the audience that the original Acord forms were the once-ubiquitous auto glass company note pads. While promotional note pads may be a thing of the past, many present-day producers and service staff have yet to go paperless.

If you walk around your agency, do you see your service team on the phone writing down information on a piece of paper that they'll enter into their systems "when they get the time?" That's not something you want to be seeing. First, it means your agency isn't maximizing its automation. Second, it indicates that every transaction is being handled three or four times, even though you only get paid once for it.

Writing down policy changes, claims or data by hand rather than going into the system first, is a huge warning light.

If your value proposition is that “we can save you money," you're not only living by the sword, you will die by the sword. Is it coming in the front door and going out the back? Typically, that's what we see because it's accepted as normal.

Just today, an owner was telling me that during his agency's Monday morning sales meeting, he kept asking his producers about the value they bring, other than price. He said the answers were terrible and that’s one of the reasons he called me. "We just don't know how to bring value and quantify it," he said.

That's when it occurred to me that if you don’t bring Value, you are in a Valley! A valley = low production = Warning Light!

Production Per Year Per Producer

Here's a great litmus test for your agency: What is the average net new production (or new sales) per year per producer? To figure it out, take the individual producer's gross commission income on their book of business and divide it by the number of years they have been a producer.

Over time, the producer may not notice or care about average annual net new sales because selling insurance has become an easy way to support a comfortable lifestyle. But it's important for agencies to measure what happens when a producer's average net new production continues to go south vs. north. For an agency, this long-term coasting is not only costly, it is also a major warning light.

The “tions” should be part of every meeting: Motivation, Education, Ammunition (giving producers tools and ideas they can use), Acceleration (of results) and Adaptation (of new behaviors and strategies). And those are just a few of the "tions" that come to mind. Ultimately, producers should leave the meeting better than when the meeting started. It's all about progress!

One of my friends in this business has a huge agency and an ongoing goal to be better today then he was yesterday. I marvel at his results! What's remarkable is that he doesn't have a formally documented strategic business plan. Instead, he constantly challenges everyone on his team to focus on what they can do to improve.

Just think of what a great business you'd have if everyone got a little better every day for five or 10 years! This won't happen if you are not holding sales meetings. If that's the case at your agency, that's a huge warning light!

At the end of the day, it really comes down to your numbers ‑- the actual results you are generating. I don't want to hear what you're going to do or what you used to do, I want to know about your results!

As an example, if your revenue per employee is less than $200,000, if your net new organic growth is less than 15% and if your operating profit (excluding any investment or profit-sharing income) is less than 25%, these are all warning lights.

If you're not getting the results you want, please visit my website www.sitkins.com. There you can sign up for the Agency Results Sprint, a complimentary eight-day course to jump-start your agency transformation.

Creating great results is a matter of choice, not chance. And just like the warning lights in vehicles, agency warning lights can become a crisis if you choose to ignore them. As always, it's your choice.