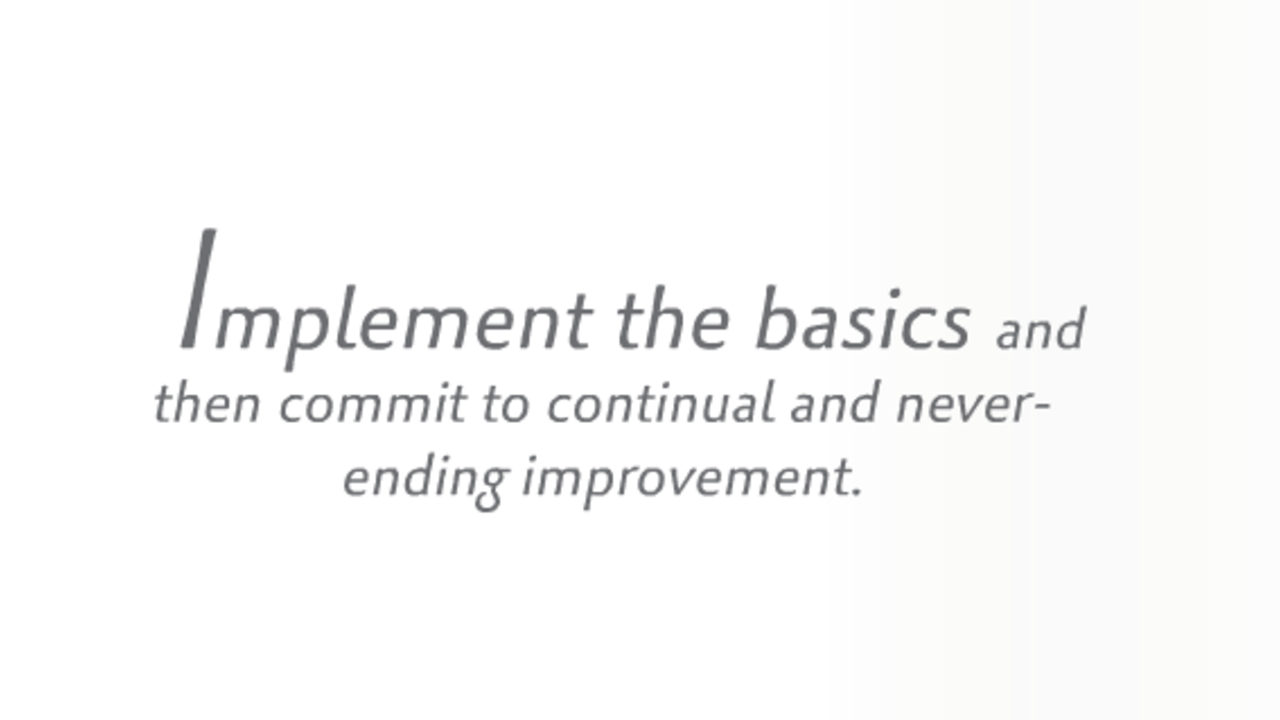 If you’ve never heard the word “simplexity,” you’re not alone; it’s a word I coined by combining “simplicity” and “complexity.” Your objective is to avoid “simplexity” by keeping things as simple as possible. In the process, you’ll obtain great results.

There’s a correlation between effectiveness and simplicity. The simpler something is, the easier it is for people to implement.

Lately, I’ve been focused on promoting the benefits of simplicity. As such, I am continually coming across relevant quotes on this topic from some of the world’s greatest minds. One of my favorites is from Leonardo da Vinci who said, “Simplicity is the ultimate sophistication.” But through the years, I’ve seen way too many people complicate things that should be simple and easy.

The concept of “idea creep” is something I read about in Made to Stick, a great book written by the Heath brothers. According to the authors, things that get too complicated don’t get implemented. Case in point: the original videocassette recorder. You may recall that the first VCRs had a play button, a stop button, a record button, a rewind/fast-forward button and an erase button. That was it!

But then “idea creep” entered the picture and before long, video recorders began incorporating every function and feature imaginable (and then some). Now fast-forward (if you can find the button) to today’s digital video recorders. How many of you know how to use even half the buttons on your DVR? That reminds me of another great quote: “Complexity is the enemy of execution.”

The same principle applies to the way many of today’s independent agencies operate. The more complex you make it, the tougher it is for people to understand, buy into and implement. If “the agency’s way” of doing business is too complicated, it’s not going to be implemented or followed.

Too many producers are unable to simply and clearly explain what they do, other than say, “I sell insurance.” (Now that’s way too simple and oh so wrong!) They don’t even have the proverbial elevator speech or 30-second commercial that we’ve discussed in these articles before. This is not a “We give great service; we have great people, etc.” speech. An effective 30-second commercial is designed with three key elements: model, design and focus.

For instance, if someone were to ask me today about my business and what I’m doing, I’d tell them we have a new model known as the Agency Results Game Plan. It is designed to allow independent insurance agency owners to maximize the results of their company. Its focus is on the three key points: Where am I today? Where do I want to go? How do I get there?

Regrettably, a lot of producers use too many insurance terms and so much jargon that the prospect’s eyes glaze over. It’s a rare business owner or manager who admits to being confused and asks you to explain what you’re talking about. They’re going to nod their head, pretend they understand your pitch, ask you to give them a quote and escort you to the door.

If insurance is all you talk about with prospects, they’ll view you as being no different from every other insurance agent. That’s where roleplaying comes in. During your next sales meeting (and I know you have those on a regular basis), do role plays in which the producers present their 30-second commercial. The catch: They are not allowed to use the word “insurance.”

Time and again, I find that deep thinkers succeed because they don’t get caught up in details. They know how to sift through an infinite number of intricate ideas to find one simple truth.

Perhaps the most insightful quote about simplicity is from Apple’s late CEO, Steve Jobs: “That’s been one of my mantras—focus and simplicity. Simple can be harder than complex. You have to work hard to get your thinking clean to make it simple. But it’s worth it in the end because once you get there, you can move mountains.” Think about what Apple is known for—its simple design and ease of use. Even the product packaging is straightforward, stylish and sleek. And, Apple just became the first U.S. company with a market value above $700 billion. I guess simplicity pays off.

One of my mantras is a quote from Constantin Brancusi: “Simplicity is complexity resolved.”

While insurance and risk management are not necessarily easy and simple topics, they hadn’t changed much over the years until somewhat recently. However, with advances in digital technology, new and emerging risks are changing the game. Many of these risks are on a global scale, including cyber liability, defamation of character, brand damage, identity theft, cyber terrorism, etc. Still, none of these diminish the need to simplify.

The bottom line is, you must be able to tell your “story” simply and Effectively to keep from confusing people. Your story of differentiation can be simple, but first, you must actually have a story.

Some of you will remember the concept of “Opening New Files.” This is the idea that every prospect you deal with (whether personal, commercial, benefits, etc.) has files in their brain that define what the experience with “you insurance people” will be like. Obviously, these stored thoughts are based on encounters in the past. The goal is to open new files that will elicit from the prospect some form of “WOW!” or a statement that says, “No one has ever shown me that before.”

When you boil it all down, insurance is really a pretty simple “game,” if you have a plan that’s easy to follow. Ours involves just six simple steps.

What do you have to do to get 100% retention? The key to having clients for life is to install sufficient exit barriers, as we’ve often discussed in the past.

Are you doing the basics better than your competition? Are you doing a better job developing a pipeline, telling your story, doing risk assessments, providing solutions, writing the whole account and having exit barriers in place to keep accounts forever? If you’re doing those basics better than the competition, you have an unfair advantage in the marketplace. You’re differentiating and growing at rates that are two to four times the industry average.

To help you keep things uncomplicated, here’s an acronym that you’ll probably recognize:

Well, I’d like to change that a little—Keep It Sitkins Simple!

If you implement the basics and then commit to CANI (Continual and Never-ending Improvement), you’ll be fine. Just remember, simple doesn’t mean easy. If it were easy, everyone would be doing it. It takes a true commitment to growth and continual improvement to create a great agency.

Avoid simplexity at all costs and you’ll gain clarity and get great results. Or you can embrace it, be confused and get nowhere. The choice is yours. 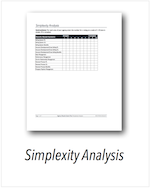