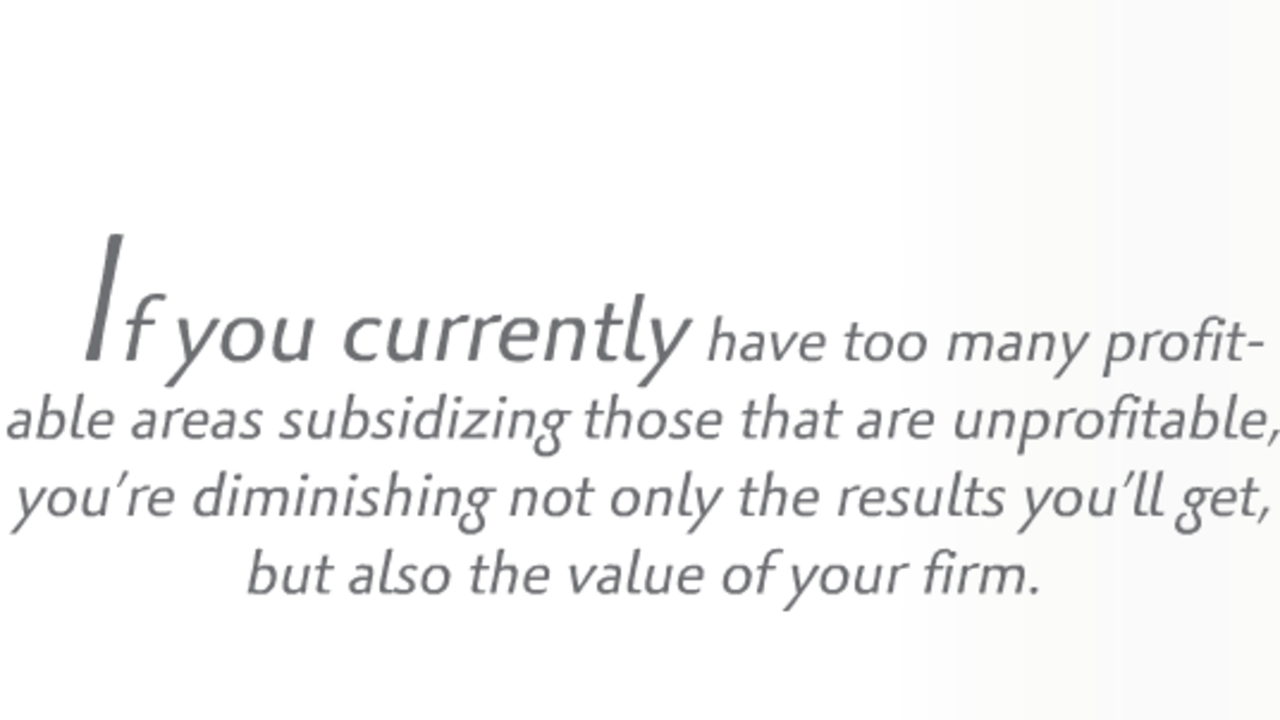 The concept of operating profit vs. profit shouldn’t be news to you if you’ve read this column before. We’re basically asking ourselves: If we earn zero contingency/profitsharing income this year, what would our financial results be? For most agencies, the answer would not be acceptable. These are the major factors affecting operating profits:

All owners must contribute to the overall agency profitability. Unfortunately, way too many agencies have one or more of the following categories of owners: deadbeat shareholders, retired in place (RIP) shareholders, or overpaid owners. Owners need to be thought of as operating profit centers, also. They have to carry their own weight.

Keep in mind that a RIP owner is like the old dog chasing the car. The dog doesn’t really want to catch the car, it just loves the chase.

Similarly, most veteran owners have great natural pipelines (cars) because they’ve been cultivating them for years. That’s why we always encourage owners to share them. We’ll ask them to write down the names of a handful of local business people and community leaders they know who are not clients now, but who would take the owner’s call if he or she contacted them. Without fail, they come up with a long list of names. So why aren’t they calling them? Because as much as they love the chase, they don’t want the extra work. However, if they’re willing to make a phone call on behalf of a younger producer, they can be the rainmaker and the newer producers can be the buckets under them.

When it comes to profitability, we often talk about the GrowFit model, which is the percentage of net new revenue growth plus percentage of operating profit. The combined result should total at least 25.

At the Mastery level, the minimum goal should be 40. If you currently have too many profitable areas subsidizing those that are unprofitable, you’re diminishing not only the results you’ll get, but also the value of your firm.

What is having a negative impact on your profit zones and what will you do about it? How will you change those negatives into positives? Or will you continue to let the profitable subsidize the unprofitable? It’s your choice!