The Silent Killer in Your Agency 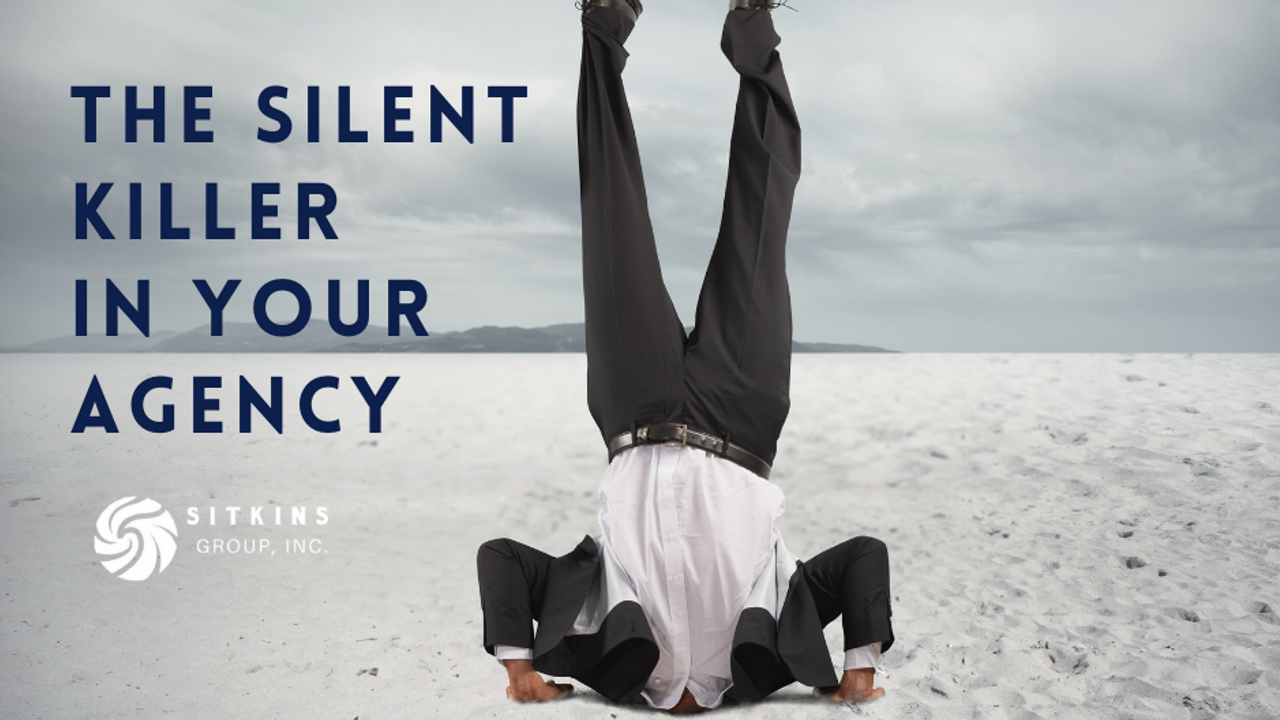 This killer can’t always be seen or heard, but it’s always felt in an agency’s culture and demonstrated in its results and profitability. You can be floating along and feeling pretty good about your results, but then the killer appears. You start to stagnate and wonder what happened.

The problem can usually be traced back to the notorious growth killer: complacency. The challenge is to notice it before it gets to you.

Complacency, which Roger touched on in last month’s column, is the only thing that lives, grows and flourishes in the comfort zone, and that is how it is able to creep up on you. Here’s where we often see it manifest itself in many agencies:

In dealing with complacency, agency leaders have two choices: (1) Justify it and make excuses (e.g., “Other agencies aren’t doing any better,” or “It’s not that bad; we’ll look at it again next year.”); or (2) They can face the truth and commit to doing something about it.

Here’s a closer look at what agencies are really saying when they want to justify their behaviors vs. the truth they may be trying to ignore.

The justification: “If we get together and we’re talking about agency business, then we’re communicating. I mean, we do have meetings now and then, some of which we schedule and possibly plan with an agenda. But even if we don’t schedule our meetings and don’t really remember what we discussed, we communicated, right?”

However, think of the last time you held a scheduled sales meeting. What was the purpose, what did you talk about, and what was the action step? If you can’t answer those basic questions, you may not be communicating as much or as well as you think you are.

Here are some other ways to discover the truth about your internal communication:

The justification: “I know I didn’t make any sales, but I was really busy!” Busy has become a badge of honor among producers. With this mindset, we celebrate busyness rather than focus on results. The least effective agencies talk about how busy they are while the best agencies talk about what they do to generate results.

The justification: Arguably the most dreaded part of a producer’s job is earning and asking for referrals, and most will find endless ways to justify why they don’t do it. “My clients like what I do for them; I’m sure one of them will give me a referral.” “I hate to ask; I don’t want to seem pushy.” “From time to time we get a few referrals, which isn’t too bad.”

The justification: “Everyone has their own style.” If you ask a group of producers in the same agency about their sales process, you’ll probably get all different answers. Some will say they don’t have a process while others will say their process varies with each presentation. Also, the fact that some are doing very well individually indicates that the agency can get along fine without a uniform way of selling.

Is your agency experiencing robust growth or is it operating in the comfort zone? Ask yourself, “In one or more of these areas, have I become complacent?” It will creep up on you if you allow it. If you want to be truly successful, you must push out of your comfort zone and change your mindset.

First, identify an area in which your agency has become complacent. Next, face it, own it, and challenge yourself and your team to stop settling. It’s not fair to you, your team or your future to not avoid it.

Brent Kelly, president of Sitkins Group, Inc., is a motivating influencer, coach and speaker who has a passion for helping insurance agencies maximize their performance. He spent 15 years in the insurance industry as a successful commercial lines producer and was named one of the top 12 young agents in the country in 2012. To help your agency gain clarity, build confidence, and improve culture, please contact him at [email protected] or visit Sitkins.com 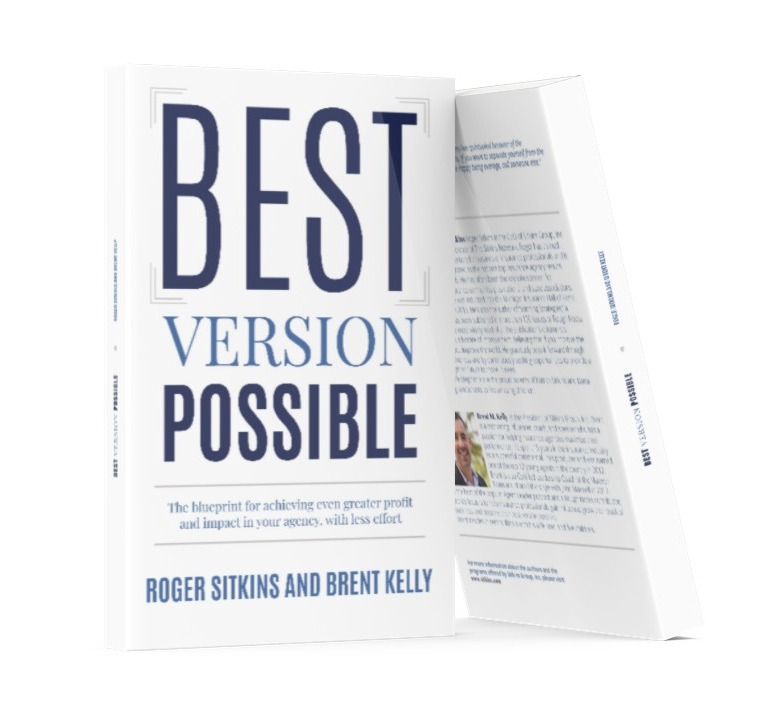 The blueprint for achieving even greater profit and impact in your agency, with less effort.

Transform Your Agency Into the Best Version Possible