Why Wait To Be Great? 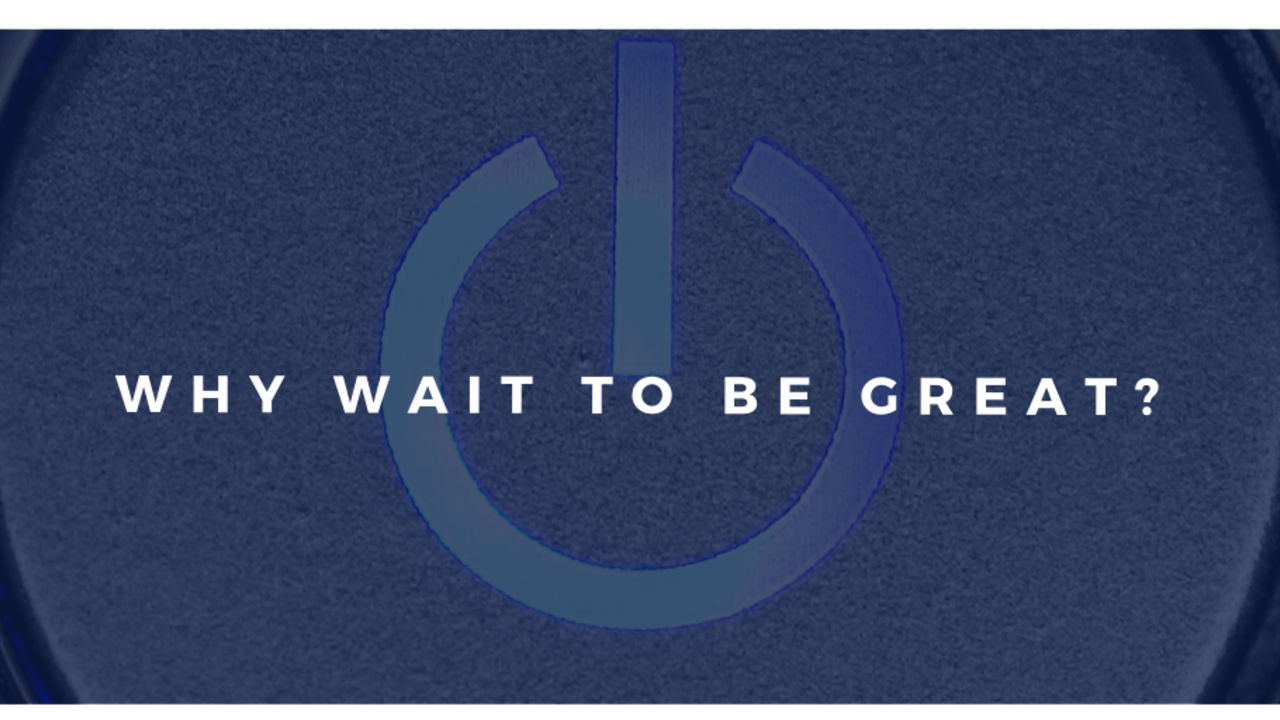 TALK BACK TO THE “HEAD TRASH” THAT’S IMPEDING YOUR PROGRESS

Whether you’re an agency owner, leader, producer or whatever, why wait to be great? Assuming you expect to be in this great business for another five, 10, 15, 20 years or more, why not make greatness your goal? (I certainly hope that mediocrity is not your goal.)

As one of my readers, you know that this truly is an amazing business, with so many terrific opportunities awaiting those who take the right actions. So why is it that so many wait to be great? Sadly, the vast majority of those who wait never experience the freedom of greatness and subsequently face the dreaded regrets of mediocrity at the end of their careers.

Previously I’ve talked about Regrets and Regreats. Regrets are for those who have been semi-successful. They’re the ones who had major opportunities that others never had, and yet they never capitalized on them. They simply coasted along. Regreats adhere to a set of Non-Optional Behaviors and Strategies and consistently hold themselves accountable to do what they said they were going to do. Their constant mission is to achieve great results, enabling them to provide for everyone and everything that’s important to them.

Assuming you’re part of the latter group that wants to achieve great results ASAP but has yet to do so, what’s holding you back? Typically, what you believe and where you “live” are the two main obstacles to your success.

First, let’s examine your BS (and no, it’s not what you’re thinking!). I’m talking about your Belief Systems, sometimes referred to as head trash. These are the narratives that continuously run through your mind and lead you to the wrong destination. For example:

These are just a few of the self-doubts and self-limiting beliefs that hold us back from our greatness. According to long-time Fort Myers winter resident Henry Ford, “Whether you think you can or you think you can’t, you’re right.”

To identify the beliefs that are holding you back, try spending some quiet time and listen to what you’re telling yourself. What internal dialogues are keeping you from your greatness, and what are you doing to overcome your head trash?

One of the top two agencies I have ever coached had a younger producer who was doing okay, but not nearly as well as everyone thought he could. During our monthly sales webinar for members of The Sitkins Network, I reminded participants about some issues to keep in mind. One of them was pretty basic: Never say “no” for the prospect (future ideal client); make them say it. This particular producer had given up on a large future ideal client after they stopped responding to his repeated attempts to contact them. Not only had he thoroughly explained his firm’s points of differentiation, he also had created several pain points in their current risk management program. Despite his efforts, they simply would not respond.

At that point this producer realized he had said “no” for the prospect! His BS was, “They don’t want to do business with me.” He was mistaken. But the good news is, right after our meeting, he again followed up with the future ideal client, connected with them, and learned why there had been a delay in responding to him. The best part was (drum roll please) that he received a BOR on a $1.5 million account! Like many young producers, he mistook the potential client’s silence for rejection when, in fact, they had been overwhelmed with more pressing business at the time.

Often producers stop reaching out to unresponsive prospects because they’re afraid. For instance, they may be afraid of looking desperate or afraid to hear the word “no.” But as Tony Robbins famously espouses, FEAR is just an acronym for “False Evidence Appearing Real.” Think of any future ideal clients you’ve said “no” for and call them.

Now let’s look at where the average (or less-than-average) producer or agency leader lives. There’s an “island” out there known as Someday I’ll: “Someday I’ll do this, Someday I’ll do that, Someday I’ll follow through, Someday I’ll call that prospect,” and so on. Unfortunately, on this island is the Clinic of Mediocrity run by Dr. Yeahbut and his evil assistant, Nurse I Know. For every great thought, new idea, or new strategy, Dr. Yeahbut speaks up and counters with some form of “Yeah, but that won’t work here,” or “Yeah, but I’m too busy to get better now,” or “Yeah, but my employees would never go along with that.” Perhaps the worst of all is, “Yeah, but we’re doing pretty well overall, making more money than I ever thought I’d make and enjoying a great lifestyle.”

Dr. Yeahbut gets reinforcement from Nurse I Know: “I know what to do,” “I know what I should say,” “I know the best investment I can make is in myself,” and so on, all of which are followed by another “Yeah, but …”

Knowing what to do is the easy part; acting on it is the hard part. Taking action is one of the things that separates the best from the rest.

As we continue adapting to the tremendous technological upheaval and innovation in our industry, it’s time to move off of Someday I’ll, check out of the Clinic of Mediocrity, develop some new belief systems, and create a path to greatness.

For many, waiting to be great starts with a lack of clarity. People really don’t know where they are today, where they want to go, or how they will get there. They’re doing okay and are simply “too busy” to get better. This reminds me of another tenet of our ProducerFit program: The only way you’ll ever grow is by creating the time to grow. That’s why I urge you to use technology everywhere you can to maximize your productivity and knowledge. If you’re stuck in The Service Trap and your Time Spent Selling is less than 20 hours a week, you’ll never experience the greatness and freedoms of being a million-dollar-plus producer.

The Road Less Stupid by Keith Cunningham is one of my favorite books. Of its countless pearls of wisdom, I especially like the observation, “Running aggressively in the wrong direction is stupid!” I see so many producers and agency leaders who continually confuse activities with results and constantly run in the wrong direction or, in some cases, no direction! If you like the latest “bright and shiny” new idea, or if you’re always on the lookout for a fancy new squirrel to chase, you’ll be busy, but never great.

The great ones exemplify one of my professional bedrocks—that ordinary things consistently done create extraordinary results. First, the greats master the basics. They realize it’s still a relationship game with their A&B clients, they understand the importance of team building, and they realize they must kick their addiction to distraction.

If you’re ready to be great, act on the things your mediocre competitors will never do. Remember, it’s not lonely at the top; it’s just less crowded.

To learn more about our Virtual ProducerFit Program visit https://www.sitkins.com/profit. 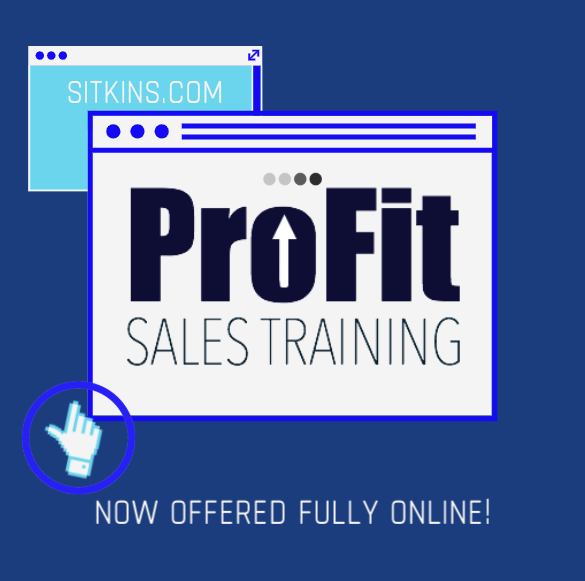 How a member agency grew the size of their average account by 56%. 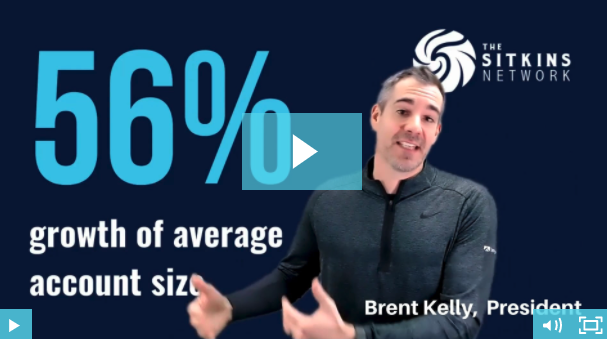 How To Prepare Today To Produce Tomorrow - The Agent Leader podcast